skip to main | skip to sidebar

Okay... seriously??? When is spring supposed to be here? This is how it was for most of today outside. And if it looks foggy to you...thats not fog. It because the wind was blowing sooooo hard the snow was everywhere...on top of the snow that was already coming down. I'm sooooo ready for some warm weather. 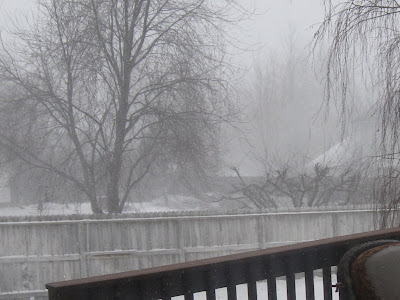 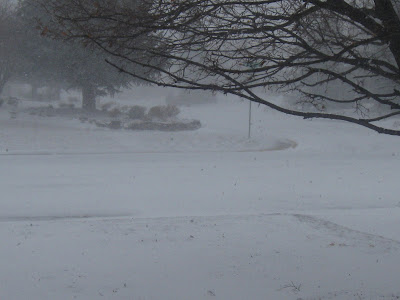 this is sooo funny.... but make sure your kids are not in the room...this might give them ideas.

Oh my....so I don't know what goes on in Nash's little mind sometimes. On Wednesday this week I was downstairs playing with Mya, and we get a phone call from the 911 dispatcher saying they received a call from this house. I said no, it was a mistake....I have a 5 year old in the house who called. I hung up and called for Nash. This is how our conversation went....

Oh my heck....I wouldn't let him watch a certain movie. So after sending him to his room for a while he comes out ......

I explain to him why he can't call 911 if there is not an emergency. I try to think of something that is a good punishment...I know I can't just spank him because that will just make him even more mad....and he'll call 911 saying his mom hit him!!! So instead... the next day I take him to the Police department and the Fire Station to apologize to them. He was so worried they were going to keep him and take him to jail. It was hilarious. (and while we were leaving my father-in-law says to Nash...."okay nash....if they keep you i'll come visit you in the morning.) We go....he apologizes....they sit down with Nash and explain to him again why he can't just call 911 when he's mad. He is so embarrassed.....and hopefully he learned his lesson!

Here I am 21 weeks along. I hate taking pictures of myself...I think I look so stupid. But a couple friends wanted to see it...so.. here you go!!!